The first time Christina and Michael met, they were kids in their early twenties.  Happenstance sat them at opposite ends of a restaurant table with family and friends. They hardly said a word to each other that night… It wasn’t time. They each had lives to live, experiences to have, relationships to go through, mistakes to make, and lessons to learn.  Through their successes and failures, they grew independent and strong.  Only then were they ready to meet again and discover this once in a lifetime kind of love which brought them to their wedding day. Their love story is truly inspiring of what comes with patience, positivity and destined connections. It was truly an honor to marry them in 2021 and feel the joy emanate from their togetherness. 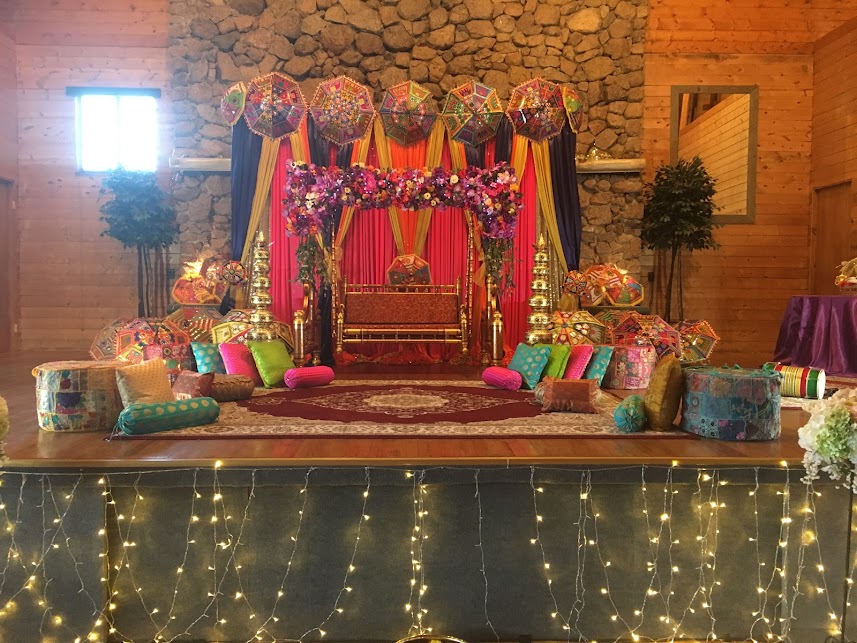 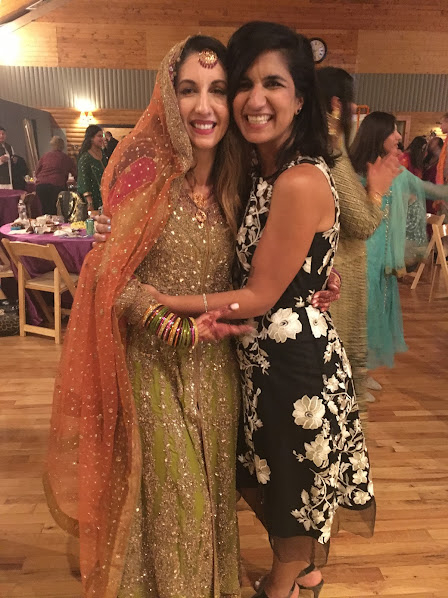 Palwasha and Brandon met in Denver, Colorado. Their traditional American wedding ceremony included a warm welcome to guests from around the country, sharing their unique love story which included Brandon’s nickname for Palwasha, “Superwoman,” and Palwasha’s support for Brandon’s creativity and love for cats which led to creating the annual Snow Cats Convention-Denver

The ceremony also included laughter citing their inside jokes, praising their ability to give one another space to reflect when needed and their commitment to never give up.

Prior to their wedding, the couple honored an old Pakistani wedding tradition called a Mehndi. My niece was in town so together we entered the elaborately decorated bright celebration room. We were warmly welcomed to delicious chai tea, samosas and other delightful Pakistani foods. The couple’s loved ones performed various song and choreographed dance shows for them as we watched. At the end of the night, most people were on the dance floor.

Overall, Palwasha and Brandon’s wedding was a delightful 2019 wedding that honored both old and new traditions in two days. Today they live in Brooklyn, New York. What an honor to marry them!

When I first spoke to Christine on the phone and she described her fiancé Os, I thought to myself, how did a western New York gal come to be engaged to a guy brought up in the country of Turkey with Turkish parents who don’t speak English? How did their two worlds overlap and compliment? Only twenty minutes into the conversation, I could understand how the two were compatible and defied the odds of making their relationship work.

Christine and Os’s relationship is based on honesty, open communication, communication with their families through the universal language of love and a genuine curiosity, joy and appreciation for what’s different about them, their families and the world around them. Their love goes beyond sharing what’s the same, it respects and celebrates what’s different. The confirmation was fully cooked when I met the two at Starry Nites café where Christine tearfully shared the moments they spoke in the universal language of love.  One incident was in Turkey, when Christine’s mother helped Os’s mother get up after an accidental fall. The universal language of love through kindness shined between them. They also laughed about their differences as they met one another’s families in Holland, western New York and Turkey. We ended with what they loved and respected about each other the most.

I have learned from my own Iranian-American immigrant background, from my immigrant parents, that having to adapt was essential to survival. As my parents encountered a new language and a new way of life in the United States, they assimilated the best they could by being open and brave. As Christine and Os show in their 2018 union, the reward of being able to adapt and assimilate to another culture and way of being, can be an endless shared love based on mutual respect and understanding. Their beautiful October ceremony at Bristol Harbour in Canandaigua, New York  had a gorgeous backdrop of the water and a tulip watering ceremony reminding them and their loved ones of the water and floral elements in nature that uniquely symbolize both their cultures and their love for one another—Holland where Christine’s family is from being the land of tulips and Turkey being known as the place where tulips originated and the Finger Lakes being where Christine visited each summer where she grew up and Os keeps precious childhood memories of growing up surrounded by water in Turkey.

As their officiant, I spoke about the shared values that bond them: respect of family, honesty, open communication and openness to vast diversity in the world.  The ceremony was also translated in Turkish so Os’s family who traveled from Turkey to be present at their wedding, could follow the words that united them. I felt the joy emanate from their hearts as they sincerely exchanged their written vows and received confirmation as  their guests also did, that different is better than okay, it’s extraordinary and meant to be loved. A valuable reminder for everyone.

Joshua & Shannon are over ten years apart, Joshua being older, but you could never tell with these two being so perfectly poised and in tune with one another emotionally when we met. END_OF_DOCUMENT_TOKEN_TO_BE_REPLACED

I often hear couples I marry say, “He is my quiet in the storm so our personalities mesh perfectly!”

This brings the question: do opposites attract or are similar personalities the way to go in modern day love stories?

END_OF_DOCUMENT_TOKEN_TO_BE_REPLACED

David is a traditional Christian while Adelaid is an atheist. They didn’t vote for the same political candidate. Despite these major differences, their love works because they are accepting & respecting of their differences.

END_OF_DOCUMENT_TOKEN_TO_BE_REPLACED

How do you meet the one in a city as busy and crowded as NYC?

The answer is simple. You don’t look for it. It finds you.

Evelyn and Martin met years ago in NYC each casually dining with friends at the German restaurant, the Heidelberg. Neither was looking for love but always kept an open mind and heart despite having previous marriages that didn’t work out. They kept busy with their own careers and when the opportunity came to enjoy themselves, they took it!

END_OF_DOCUMENT_TOKEN_TO_BE_REPLACED

What do you get when you have an ocean between two people, five years of time and completely different cultural backgrounds?

Stacy is a local from, , in western New York and Sam is from a small town called, , in Nigeria.

END_OF_DOCUMENT_TOKEN_TO_BE_REPLACED

“I want a Prince themed wedding! Prince is so amazing!” Joanne says.

The beautifully resilient bride-to-be is officially in her fourth marriage and knows exactly what she wants in her wedding.

The late singer, song-writing legend, Prince, spoke the word of God knocking door to door. He was very outspoken about his Christian faith.